An artist and a university teacher, born in 1985 in Krakow, Poland. In 2021, he received a PhD in fine arts. In 2012 and 2010, he graduated from the Faculty of Arts of the Pedagogical University in Krakow, getting a Master’s and Bachelor’s degree in graphics (both of them in a field of relief printing). Earlier, in 2009, he also graduated from Jagiellonian University in Krakow with a degree in international relations. Since 2014, he has been working at the Department of Artistic and Cultural Education at the Pedagogical Faculty of the Pedagogical University, where he has been introducing future teachers to the world of fine arts and preparing them to conduct art classes.

In his creative pursuit, he uses various techniques, including relief printing, digital photography, interactive installation and achromatic relief. He places great emphasis on the concept and context of the work, as well as the role of the creative process itself. He often crates series of artworks, as multiplication, variation and development of an original idea are particularly close to his approach to art. On the other hand, he avoids making identical graphic prints – almost all of them are unique. Some of his works also use language as a visual and semantic element. Finally, for several years, light and shadow have been an important element of his artistic projects, and from time to time he even uses a light source as a tool for interaction with the work and its integral part.

He has participated in over 30 exhibitions in Poland, Italy, Spain and Ukraine. In 2011, he was awarded the main prize at the 4th National Exhibition of Student’s Drawing in Toruń. His MA diploma’s art project was placed among the best diplomas of 2012 by the Krakow’s International Print Triennial Association. 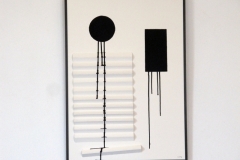 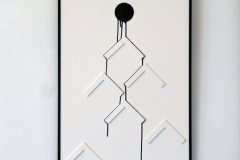 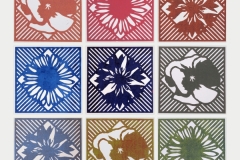 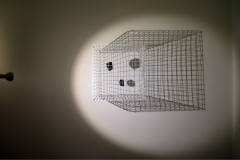 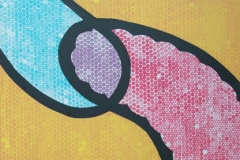