As a child, he was distinguished as a talent in the field of fine arts. He also began exhibiting his first solo exhibitions at elementary school in 1987 at the Bajram Curri Tropoje YOUTH PALACE . In 1988 he continued his studies at the Jordan Misja Art High School in Tirana, where he graduated with honors in sculpture in 1993. In 1994 he emigrated to Greece where he worked as a restorer in Athens.

In 2000 he continued his higher studies at the Academy of Fine Arts in Tirana, where he participated in many national exhibitions, both personal and international, where in 2004 he completed his higher studies. In 2005 he left for Italy where he worked as a restorer and participated in many sculpture and painting exhibitions in Milan, Ancona, Parma, Lecco where he was accompanied by awards.

In 2010 he opened a personal studio in Tirana where he works independently in sculptural, decorative, mosaic and monumental 2D & 3D sculptures in mixed materials. 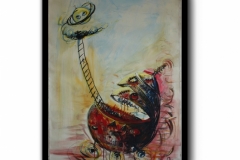 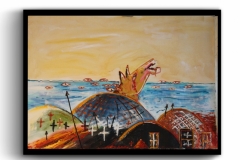 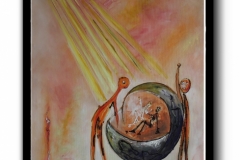