She was born in Turin, in 1971. At the age of 6, she received a present from her father: an easel, canvas and tempera colors. So it started the magic adventure in the world of art. Shethen moved to Sicily (Lentini, near Syracuse). She graduated in Architecture in Reggio Calabria. In her art pieces, there is a constant research due to a need of self-consciousness, colors express emotions and art can lead spirit beyond matter. Her spirituality is not connected to a religion, but refers to love and life. She is an eclectic and conceptual artist, due to her skills of soul motion analysis and her intellectual logic. She can offer to the spectators a definite image or a self-analytic path. She escapes from the art market rules and she often realizes works after deep reflections about nowadays society. She is currently living and working (as a painter, an architect and a teacher) in Rome. She exhibited her works in several prestigious locations (Cannes, Paris, Rome, Wien, Mantua, Florence, Venice, Bologna, Munich and so on..) and she has received a number of prizes (among the others: Diploma of European Maestro- Milan 2006; Premio Brunelleschi 2018-Florence; 2018 “Premio alla Carriera” , Camera dei Deputati- 2019 “Premio Bienal de Las Plamas”). 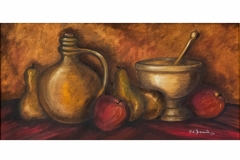 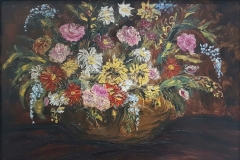 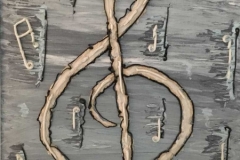 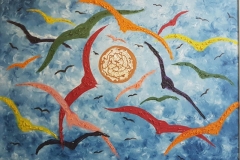